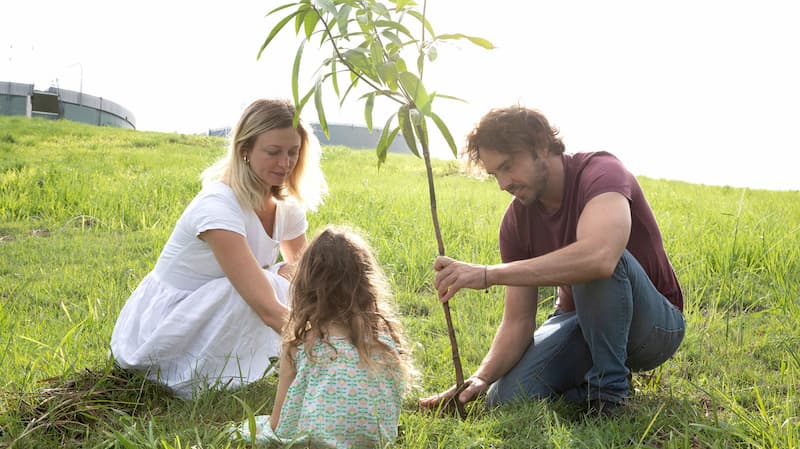 Have you caught Fight for Planet A on ABC TV + Iview yet? Craig Reucassel from the excellent War on Waste series not only explores Australia’s climate issues but offers clear, sound advice on how we can initiate change on a peronsal level. Using a unique approach and quirky visualisations, the show empowers viewers to cut their own emissions at home and in the greater community. With the final episode screening this week. We’ve put together a list of other must-see documentaries to keep you inspired.

Our Planet (2019)
Narration by Sir David Attenborough alone makes this must-see, but this visually stunning documentary provides a irrefutable case for greater human intervention and makes it clear we must fight to protect these wild habitats. Did I mention David Attenborough is involved?

Hostile Planet (2019)
A similar but slighlty edgier premise, Hostile Planet was produced by National Geographic and transports viewers to some the most unfriendly environments on Earth. Of course known British former SAS serviceman, adventurer Bear Grylls is along for the ride as the series stops off in extreme outposts capturing the impact of climate change on different species battling extinction.

2040 (2019)
Another of our favourites from last year is 2040, a futuristic vision by Australian actor/director Damon Gameau. Something of a hybrid documentary-feature film, 2040 investigates real innovations and imagines what Gameaus daughter’s (and our) future might look like in a best case scenario to thwart climate change. A uniquely informative, funny and impressively positive experience.

Climate Change: The Facts (2019)
Our favourite knight, Sir David Attenborough, is back again with this sobering BBC production detailing the effects of global warming on our world. Heavy viewing but a must-see for those questioning the greater impact of climate change. The Guardian described it as ‘’a rousing call to arms”, as is manages to close with a convincing appeal for positive intervention.

Before the Flood (2016)
Directed by a Hollywood director (Fisher Stevens) and featuring bona fide A-lister Leonardo Dicaprio this unlikely documentary made waves in 2016 and is still highly rewatchable. Filmed over three years, Dicaprio travels the world seeking answers as he examines humanity’s ability to reverse the damage being done. Worth watching just for the unique interviews with a diverse group of subjects including Barack Obama, Pope Francis and Elon Musk.

If your favourite documentary is missing from the list or you have any other recommendations please let us know!