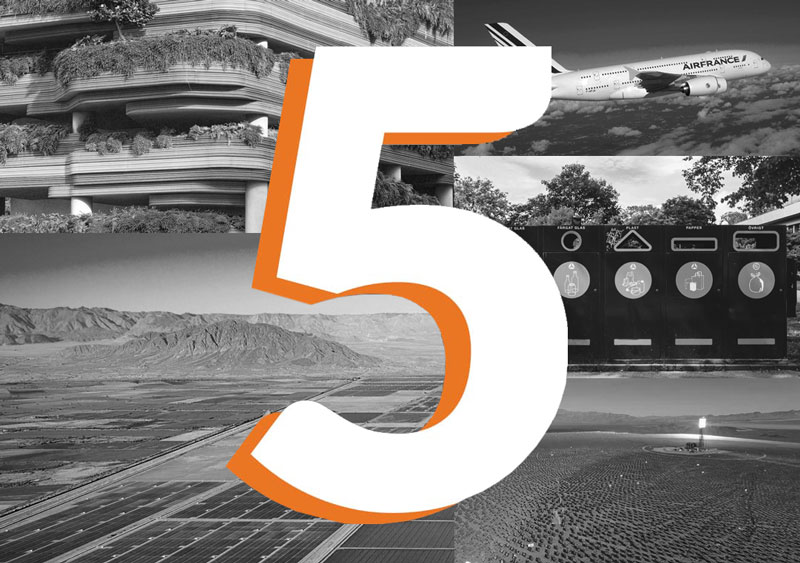 Australia as a nation is good at a lot of things. We generally punch above our weight in sport and entertainment, but sadly not so when it comes to climate action and energy innovation. Environmental impact studies consistently place Australia outside of the top 10 nations, so what are other countries doing differently?

The Swedes are known for safe cars, ABBA, and generally progressive views. It’s no surprise the Scandinavian nation is collectively working hard to address climate change, recently crowned the most sustainable country in the world by sustainability investment firm Robecosam. The government has a current national commitment to 100 percent renewable energy by 2040 which is respectable but it’s waste management where the Swedes really shine. Sweden is importing garbage to be recycled and in cities such as Lund, less than 2 percent of waste goes into landfill.

When the French aren’t enjoying fine wine and tasty pastries, they take climate change very seriously. Currently ranked number two on Yale University’s Environmental Performance Index, France has coordinated the Paris climate accord, and intends to lead by example. President Emmanuel Macron has been vocal about climate challenges and even invited U.S. climate scientists to live in France in response to President Trump’s outdated climate policies.

The city of Paris has declared a climate emergency and all aspects of climate change are being investigated. An eco-tax has just been proposed for all flights in France. Supermarkets have been banned from throwing away food near expiration, and similarly, fast fashion labels can’t dispose of clothing that hasn’t been sold.

In Africa, Morocco is leading action against climate change and has been recognised as a top performer in the Climate Change Performance Index (CCPI). Severely impacted by drought in 2015, the country has responded with a number of projects and policies and currently boasts one of the world largest solar farms. This single project provides renewable electricity to approximately 650,000 people.

All subsidies on diesel, gasoline and heavy fuel oil have been abolished to encourage investment in the transition to cleaner, greener energy. On top of this, Morocco has committed to improved coastal management and is driving the development of sustainable aquaculture.

The threat of rising sea levels has kickstarted significant movement in the island city-state of Singapore. One of the wealthiest nations in the world per capita, it is now contending with a very real danger of literally going underwater. Initiatives such as sustainability linked loans and technology to monitor emissions and proper resource management are helping push Singapore to the forefront of climate action in Asia. Singapore introduced a carbon tax earlier this year, is actively promoting electric vehicle infrastructure to reduce the nation’s carbon footprint,  while addressing marine waste with its ASEAN neighbours. Singapore also has plans to build the world’s biggest solar farm, right here in Australia.

Under President Trump, a number of climate change initiatives are being rolled back and things do look a little bleak, but being a global superpower makes the USA worth watching. It’s a big place and all is not lost, many states such as California have been historical trailblazers in sustainability. New York state senate just passed the Climate Leadership and Community Protection Act which includes hitting 100 percent carbon-free electricity by 2040. Other states targeting 100 percent clean power include California, Nevada, Hawaii, Washington, New Mexico, Washington, DC, and Puerto Rico. Innovative American corporations like Tesla and Beyond Meat are also reshaping everyday behaviours like driving and eating to benefit the planet. The current government may have its head in the sand but there is still hope.