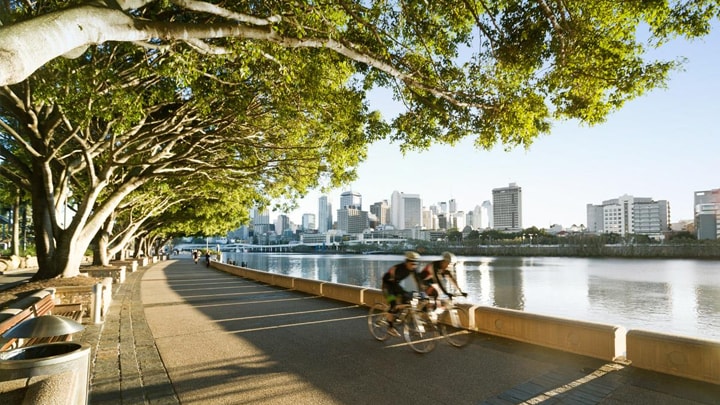 Commuting by bicycle is already our favourite way to get around. You might occasionally break a sweat because you’re actually burning calories but more importantly you’re also minimising your carbon footprint. A recent study from the University of Leeds offers another great reason to pull out the pushy, less exposure to toxic air. Of all commuters, cyclists are the least exposed to air pollution on daily commutes in congested city traffic. Commuters in cars, buses and even on foot spent longer in toxic air which increases the associated risks.

The two key factors for cyclists was faster journeys and the separation from traffic created by paths and cycling lanes. “On more congested routes, the cyclist would come out with the lowest inhaled dose,” said James Tate, at the University of Leeds, who led the work. Segregated cycle lanes would reduce cyclists’ exposure even more, he said, with a distance of even a metre or two from traffic cutting particles by about a quarter. “Cycle lanes mean you can skip past traffic,” he said.

If you weren’t already convinced about cycling to school or work, on your bike!

Read more about the study at the Guardian.