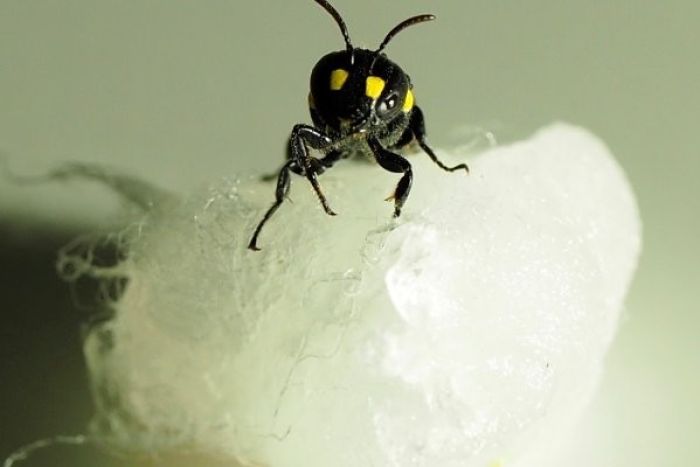 The war on plastic is well underway and we’ve been documenting newsworthy action by corporations and government alike, but what will replace these plastics? For some items like straws there are obvious replacements like paper and bamboo but what about situations where the alternatives aren’t suitable? Queue Hylius , better known as Australian Banksia bees.

A New Zealand biotech start-up, Humble Bee, is working with Banksia bees to produce a natural plastic-type material. The bees naturally produce the material for nesting and it just happens to be water-repellent and flame-resistant. The company has been working with Queensland based Kin Kin Native Bees in hopes of producing the bioplastic on an industrial scale that can be harnessed for general use.

The stingless native Australian bees are already used in the macadamia industry and it’s learning the secrets to their nesting material, scientists will be able to replicate the natural process using industrial technology.

Founder and chief executive Veronica Harwood-Stevenson buzzing with excitement, “We will do a similar thing to how insulin was made in the 1970s — the gene that coded insulin was put into an E. coli bacteria and could then be produced en masse,”. Humble Bee is aiming to have the ready to sell in five years.