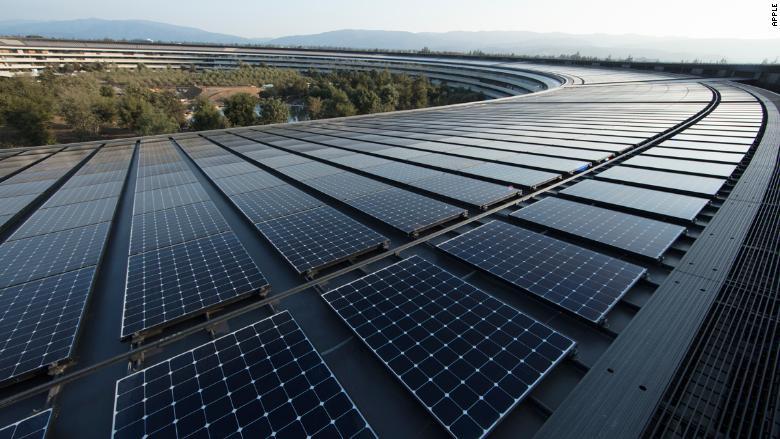 Apple hasn’t been making much noise for its products lately but it did just announce something far more exciting (for us anyway!). The California based tech behemoth announced that it is now running on 100% clean energy. Yep, 100%, meaning all of its retail stores, corporate offices, and data centers. This covers 43 countries of operation and although it doesn’t yet include all of its suppliers, 23 of its partners have also committed to the same clean energy policy.

Apple CEO Tim Cook said, “We’re going to keep pushing the boundaries of what is possible with the materials in our products, the way we recycle them, our facilities and our work with suppliers to establish new creative and forward-looking sources of renewable energy because we know the future depends on it.”

Apple data centers have been clean since 2014 but the new Apple Park, ‘spaceship’ campus in Cupertino, has contributed significantly to getting the company fully clean and green. The recently opened campus was designed with solar panel coverage in mind and generates more clean power than the company uses in day-to-day operations, meaning it can contribute back to the grid. The same approach is been implemented for all new facilities including upcoming developments in Denmark and Japan, go Apple!